How the Recession Changed Divorce 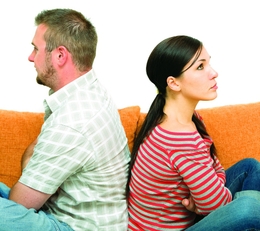 Divorce is rarely a welcome event financially, but in one of the worst recessions in recent history, it can be especially challenging. The state of the economy has an impact on various aspects of a divorcing couple’s finances, including their real estate, retirement accounts and debts. The effect on their incomes can be substantial as well. This article examines the impact of the economy on some of the key financial issues in a divorce.

1. Separate and Apart but Not So Separate

In a good economy, it is a common event for one spouse to move out of the marital residence in the event of a separation or pending divorce. After all, living separately can be easier emotionally and psychologically, and it keeps conflict to a minimum whenever possible.

In our current economy, it is far more common for one spouse to move out of the marital bedroom in the event of a separation or pending divorce and stay in a separate bedroom even after the conclusion of the divorce. After all, moving out is a costly event. There is the security deposit, monthly rent and utilities at the very least. On top of that, if one spouse earns more than the other or children are involved, there is the issue of child and spousal support. After adding up all of the expenses, the spouse considering the move may decide it is not financially feasible to go, especially if the parties are involved in litigation, which brings with it considerable legal fees.

At the same time, the spouse remaining in the marital residence may decide it is financially beneficial for the other spouse to stay, because affording all of the expenses on his/her own may be daunting after years of sharing responsibility. Furthermore, because one spouse may not be able to afford the expenses on his/her own, it is often necessary to sell the marital residence, and in the current state of the real estate market, this may result in a substantial loss of equity for both parties.

For these reasons, many couples are living in separate bedrooms, as opposed to separate residences, for as long as possible. While this choice is not for everyone, especially not for people in physically or emotionally abusive situations, living “together” may help keep costs down for a period of time and enable both parties to save up for the time when living separately is a necessity.

2. Not So Ready for Retirement

For most people with individual retirement accounts (IRAs), 401(k) plans and other similar defined contribution plans, the market has had a detrimental impact on the balances of such retirement accounts. Husband’s $600,000 retirement account, which was supposed to be sufficient for both parties’ retirement, has dropped to $400,000 as a result of market forces.

As part of the equitable distribution settlement, Wife gets 60 percent of Husband’s retirement account, and Husband gets the remainder. No longer do the parties have $600,000 to share for retirement. Wife has $240,000; Husband has $160,000; and their expenses have increased, as they both incur new individual expenses as a result of the divorce. All of a sudden, retirement at 60 is no longer a reasonable prospect and retirement at 65 is not a certainty either.

Debts are easy to incur and hard to pay off, especially in a poor economy. For instance, Wife was laid off for a period of six months, so the parties had to put six months’ worth of mortgage payments on a credit card; or the parties took out a home equity line of credit to repair the roof, which leaked unexpectedly and for which no money was set aside. Ideally, the parties will use whatever marital assets they have to pay off their debts prior to moving forward from the divorce.

However, it may be that the debts exceed the assets in a given case. In such cases, it is important to create a plan for how both parties will pay off those debts without ruining their credit, as a positive credit report is crucial for securing housing after a divorce, credit cards, etc.

4. But He/She Never Earned So Little

When calculating support, the law says the court should consider a party’s “earning capacity,” what he/she is capable of earning. Traditionally, this legal theory keeps people from taking lower-paying jobs out of spite or on a whim, with the goal to have the largest amount available for support of children and spouses.

Given the current state of the economy, this theory has become more problematic. High-earning executives are losing jobs through no fault of their own and then cannot find similar replacement positions, no matter how hard they look. In such cases, courts are hesitant to attribute an earning capacity equal to the prior salary, because this leads to a support amount that the spouse cannot afford to pay. Accordingly, the payor’s earning capacity may drop substantially, leading to a reduction in support, which is an unwelcome event for all parties involved for different reasons. The parties who lost their jobs have to get accustomed to doing the same job for much less pay and to a career move in the wrong direction, and their spouses and children have to grow accustomed to a lower standard of living after many years of a different lifestyle.

The current state of the economy impacts everyone, but it impacts separating/divorce couples in unique ways given the financial challenges they face from the outset. In order to effectuate a settlement that takes into account the effects of the economy, it is important to think of new, creative solutions and not fall back on the traditional solutions that are no longer applicable.