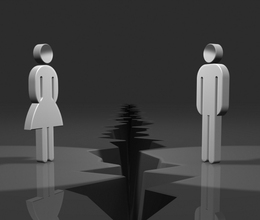 For many divorcing couples, retirement accounts can represent much of the value of a marital estate. Retirement accounts come in various forms and include Individual Retirement Accounts (IRAs), Roth IRAs, SEP IRAs, 401(k) plans, 403(b) plans, defined benefit pension plans, etc. Division of these various retirement accounts is a common concern for those separating or going through a divorce. Below are three important issues that arise with respect to retirement assets:

What the parties do not realize is that a Qualified Domestic Relations Order (QDRO) will be necessary to transfer the $25,000 to Mary. The parties likely will need assistance with preparing the QDRO, which assistance comes with an associated cost; the QDRO must be drafted appropriately in order to avoid tax consequences and effectuate the parties’ intent; and the QDRO preparation and approval process can be lengthy, so Mary might have to wait months to get her money.

For ease of transfer purposes, Bob should rollover $25,000 from his IRA to Mary’s IRA. A QDRO is not applicable to IRAs and therefore unnecessary for such a rollover, and the parties can accomplish the rollover by providing a separation agreement or copy of their divorce decree, along with letters of instruction, to the financial institution managing Bob’s IRA. Furthermore, the transfer can oftentimes be accomplished within a matter of weeks, as opposed to a matter of months. Absent unique circumstances that would advocate for transferring the monies from Bob’s 401(k), a rollover is the preferred and easier route in such a situation.

In the previous example, we considered retirement accounts with easily determinable present-day cash values. Valuation and division of such accounts is simple when compared to the valuation and division of a defined benefit pension plan. Let us modify the circumstances set forth in the prior example. Mary still has $100,000 in an IRA, but Bob now has a defined benefit pension plan through his present employer.

Bob worked for this employer for the duration of the parties’ marriage, so the entirety of his pension is marital. Bob is 45 and has worked for his employer for 20 years. Assuming he does not work for his employer any longer and retires in 10 years at age 55, Bob’s monthly benefit payment will be $2,000. Bob proposes to Mary that she keep her IRA and he keep his pension as part of the divorce settlement, assuming that would be an equal division of their retirement assets. This proposal is simple but potentially very unfair.

Regardless of age, parties must pay income tax on distributions from retirement accounts. However, when parties are younger and earning income from employment, the rate of income tax is often higher than when the parties are older and receiving Social Security benefits. Accordingly, if a party is not close to retirement age and needs to take monies out of a retirement account, it is necessary to consider the amount to be paid in income tax. For early distributions, there is a mandatory withholding of 20 percent towards federal income taxes, but remember that this 20 percent is not necessarily sufficient to cover your income tax liability, so you may end up paying extra at tax time.

There is also the issue of the “early withdrawal penalty.” Generally, if you take a distribution from a retirement account prior to reaching the age of 59 and a half, you will have to pay an additional tax of 10 percent on the amount of the distribution. There may be ways to avoid this 10 percent penalty depending on the circumstances, so structuring the transfer of retirement assets appropriately is a crucial consideration.

In sum, the division of retirement accounts can be more complex than people realize and may result in both parties incurring unnecessary and avoidable costs and fees. Understanding the various options is important for avoiding these common pitfalls and accomplishing what both parties intend.